The area occurs in a strip which trends in a South Easterly direction, approximately 25km northeast of Wandoan town, which is 400km northwest of Brisbane. The area is gently undulating and largely open with some remnant patches of native vegetation.  Shown in the diagram below is a cross section for the Thorn Hill Deposit located in the southern end of EPC 1955. 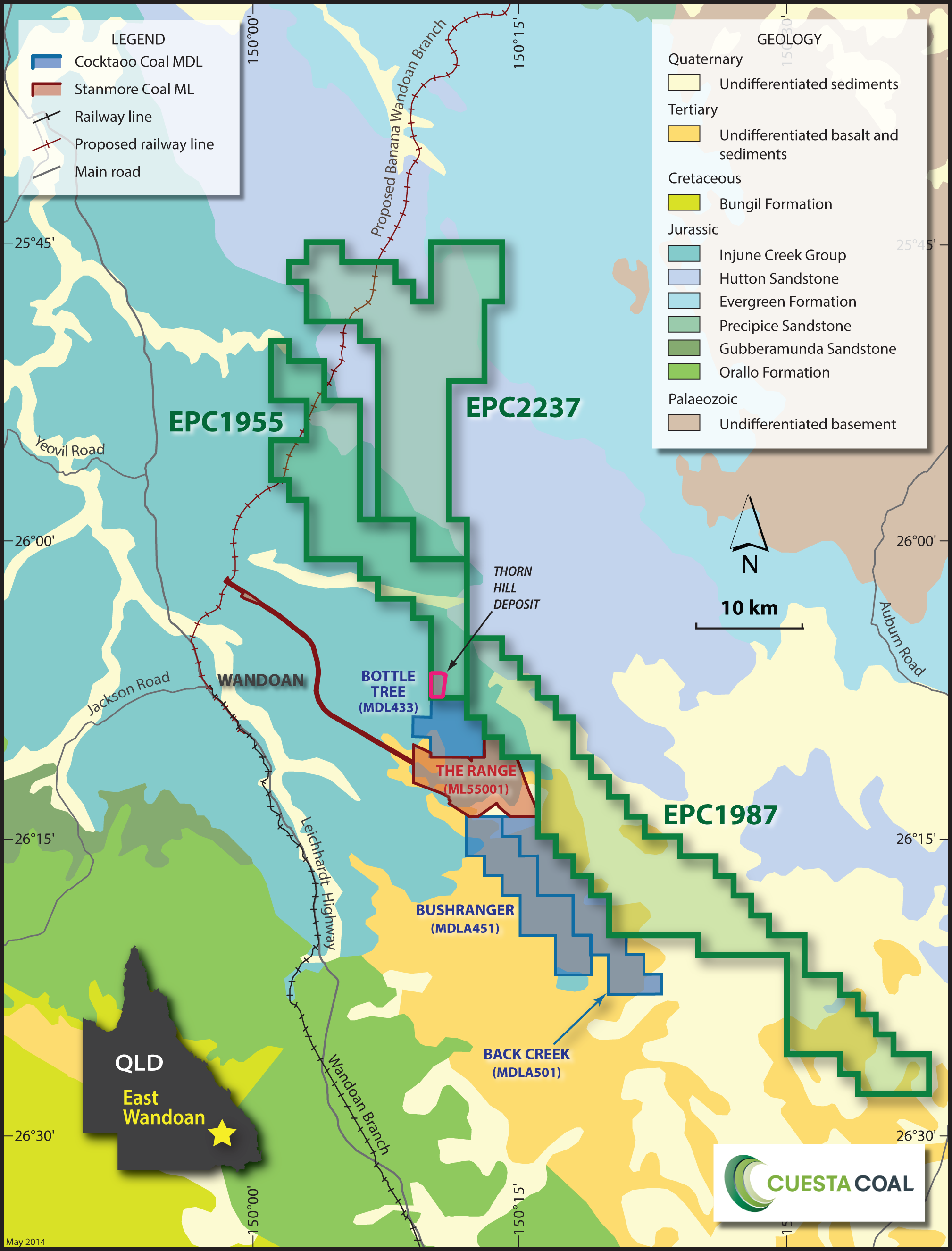 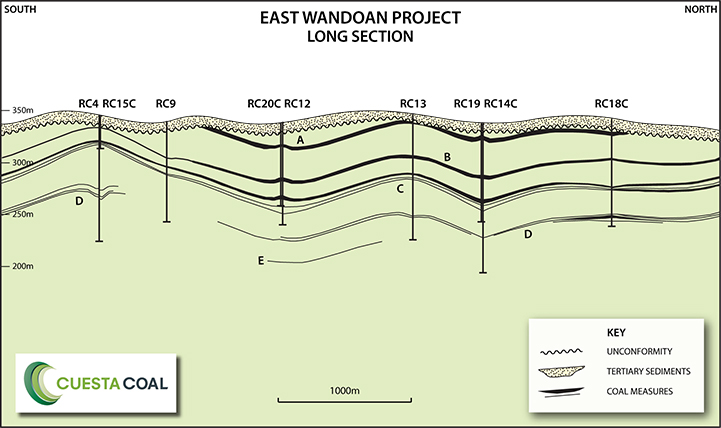 Over the period June-October 2011, Cuesta carried out a 17 open hole, 3 core hole program in the southern corner of EPC 1955 immediately to the north of the Bottle Tree Deposit held by Cockatoo Coal. All holes were geophysically logged and core samples were sent away for analysis and an Inferred JORC resource of 23.9Mt was announced by the Company on 6th of February 2011.  In March/April 2012 Cuesta completed 39 holes for a total of 59 holes drilled in the southern section of EPC 1955. The drilling has resulted in the delineation of 44.6Mt (22.1Mt Indicated, 22.5Mt Inferred) of resource calculated in accordance with JORC guidelines and is now referred to as the Thorn Hill Deposit.

A combination of historic poor coal prices and lack of infrastructure in the region hindered the development of the above coal deposits. Recent increased coal demand and prices reactivated strong interest in the region targeting lesser explored coal areas with immediate success.   Inferred and Indicated Mineral Resources defined adjacent to the Cuesta Coal tenements include:

This affords Cuesta Coal an opportunity on these EPCs to identify significant shallow thermal coal deposits.