The Moorlands Project has a JORC Resource of 318.0Mt, including 113.4Mt in the Measured category.  The Moorlands Resource has a coal bearing strike length of approximately 12km.

Shallow coal is present in thick seams amenable to simple truck and shovel mining, targeting a ROM production rate of 1.9Mtpa from the proposed south pit over a 30 year mine life.  This provides the Company with a significant development project, located 14km from the existing infrastructure at the Blair Athol Mine.

A Scoping Study was completed on the project in 2013 as well as successful exploration programs in 2013 and 2014, which resulted in a Resource upgrade, which was announced in Q1 2015.

A Definitive Feasibility Study is underway.

The Company is progressing with its development program.

For further information on the Moorlands Project, click the link: www.moorlandscoal.com.au 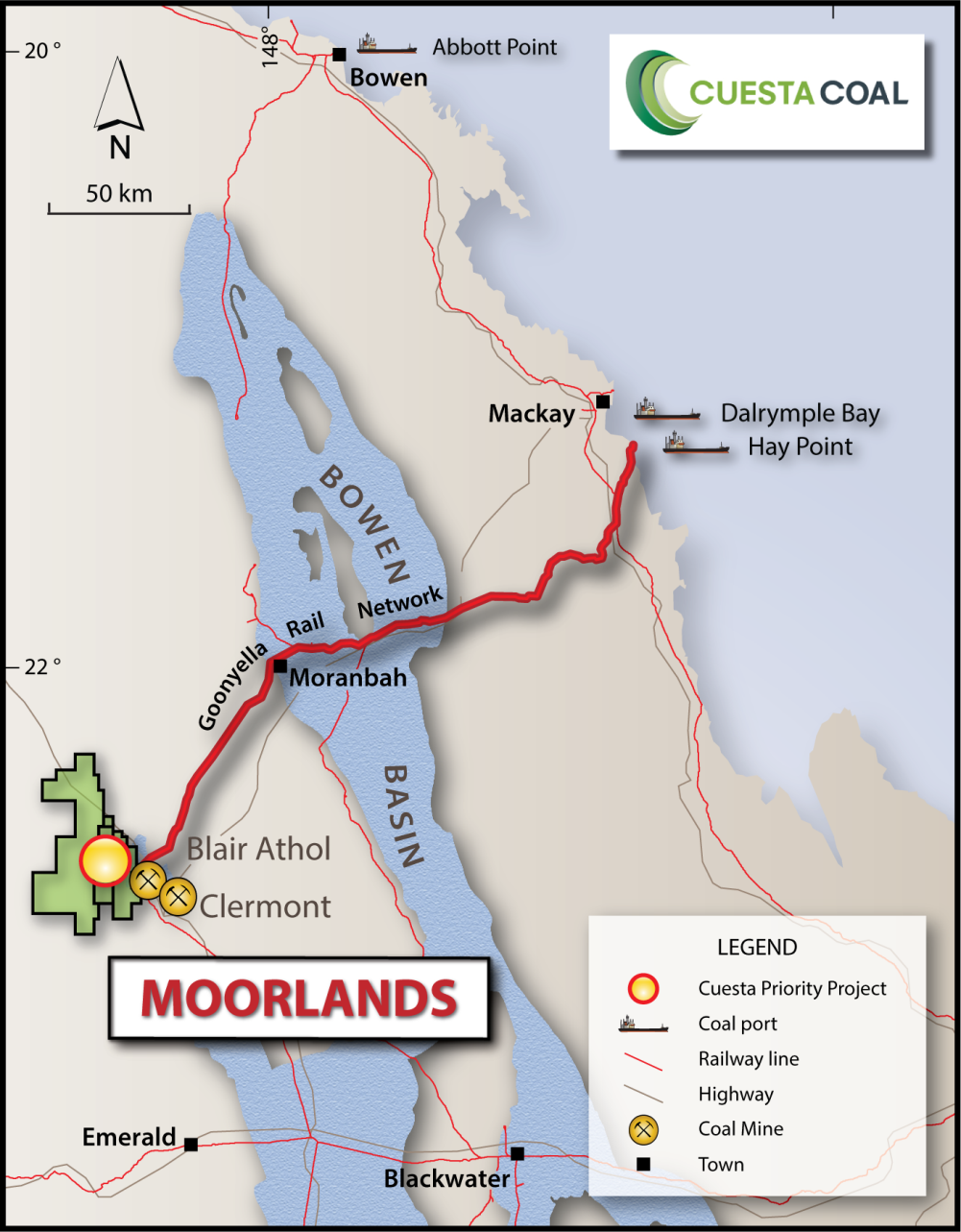 The Mine Scoping Study (completed in November 2013) confirms the potential for a robust open cut export thermal coal project which will be driven by the following attributes:

In February 2015, Cuesta announced a resource increase at its flagship Moorlands Project with the total JORC resource increasing to 318Mt. Significantly, the Measured and Indicated JORC Resource categories increased to 76% of the total estimated resource.

The substantial increase in Measured and Indicated JORC Resources is a marked improvement in the geological confidence of the Moorlands Project.

The company anticipates producing a 10.5% ash product for the Japanese market and a 12.5% ash product for the Chinese and Korean markets. The company believes the product will be attractive to power utility in these markets due to a combination of factors namely low ash content, moderate calorific value, attractive HGI levels and high ash fusion temperatures with good burn out characteristics

There has been drilling conducted at Moorlands since the late 1980s.  As a result, Moorlands has very good drill hole coverage, with Cuesta alone drilling a total of approximately 24,000m across the resource since 2011.

During 2014 an intensive drilling program was conducted which included a total of 10 coal quality core holes, 42 chip holes, 8 geotechnical holes and 4 water monitoring bores. were completed. 639 samples were collected in total and sent to the laboratory for testing.

In addition to the drilling activities, a number of background environmental studies were completed. These included the installation of ground water monitoring stations, the collection and geochemical analysis of the overburden and completion of environmental surveys of flora and fauna. 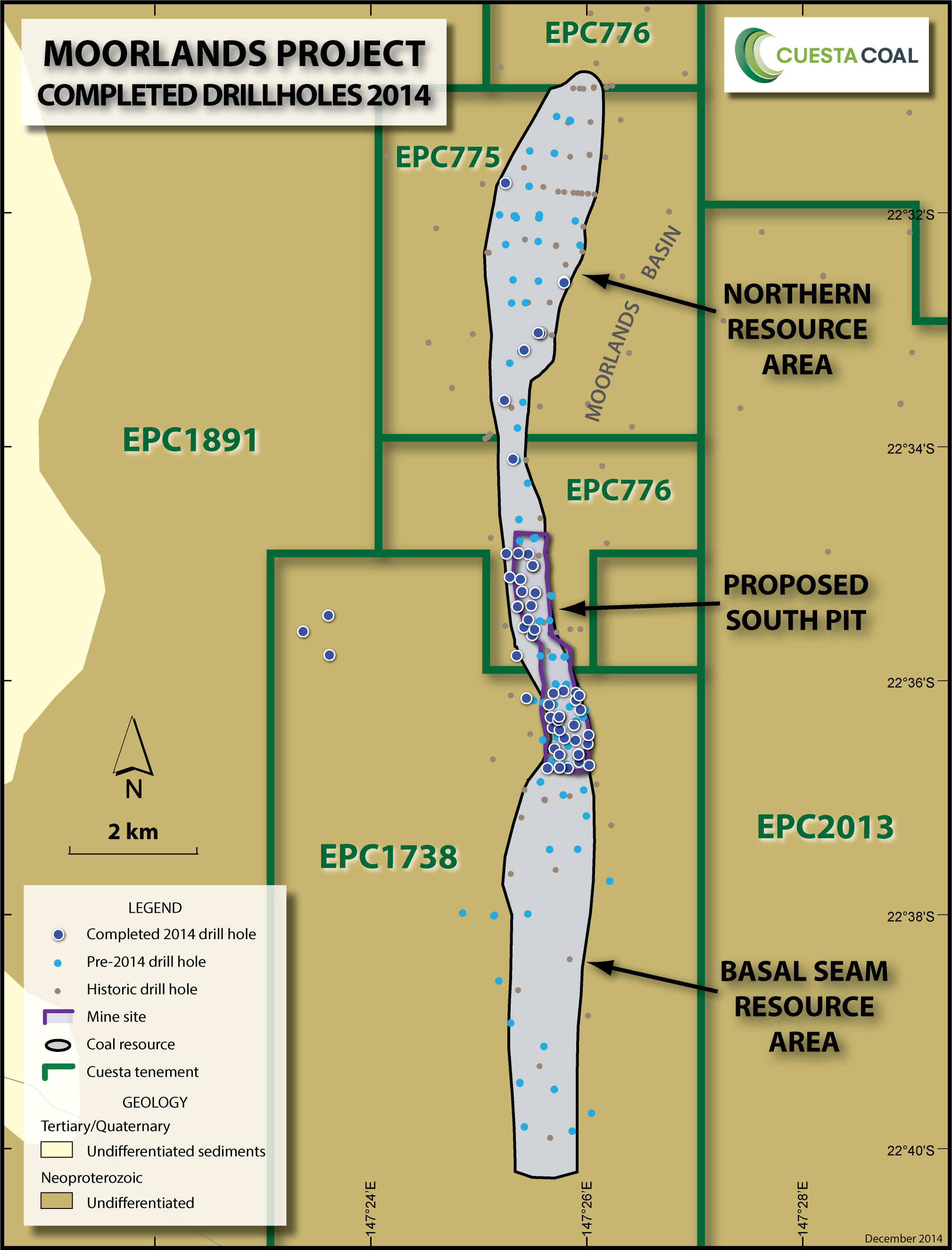 The Moorlands Project site 14km west of Rio Tinto’s Blair Athol mine.  Coal produced from the Blair Athol mine is loaded on to trains and transported 280km to Dalrymple Bay Coal Terminal (DBCT) for shipping to international customers.

The Company will seek to identify synergies with existing mine operations in the area to deliver low cost rail, port, power and water infrastructure solutions for the project.